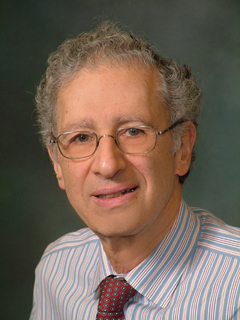 Jonathan Gross is Professor of Computer Science at Columbia University. His research in topology, graph theory, and cultural sociometry has earned him an Alfred P. Sloan Fellowship, an IBM postdoctoral fellowship, and various research grants from the Office of Naval Research, the National Science Foundation, the Russell Sage Foundation, and the Simons Foundation.

His best-known mathematical invention, the voltage graph, is widely used in the construction of minimum-genus graph imbeddings and of symmetric graph imbeddings. He and Thomas Tucker proved that every covering graph can be realized as a voltage graph construction. He also wrote the pioneering papers on enumerative techniques in topological graph theory, with various co-authors. His biography appears in Who’s Who in America.

Professor Gross has created and delivered numerous software-development short courses for Bell Laboratories and for IBM. These include mathematical methods for performance evaluation at the advanced level and for developing reusable software at a basic level. He has received several awards for outstanding teaching at Columbia University, including the career Great Teacher Award from the Society of Columbia Graduates.

Prior to Columbia University, Professor Gross was in the Mathematics Department at Princeton University, where he worked with Ralph Fox. His undergraduate work was at the Massachusetts Institute of Technology. His Ph.D. thesis on 3-dimensional topology at Dartmouth College solved a published problem of Fields Medalist John Milnor.